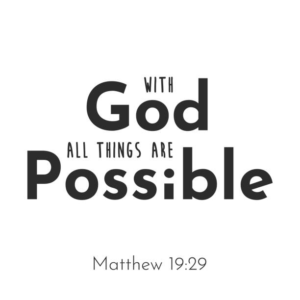 In July of 2020, the Vatican Congregation for the Clergy issued a new instruction on parish reform proposing ways to restructure parishes that face priest shortages and financial difficulties.  The document goes on to state,

“. . . any pastoral action that is limited to the territory of the Parish is outdated, which is something the parishioners themselves observe when their Parish appears to be more interested in preserving a nostalgia of former times as opposed to looking to the future with courage.”

What is happening around the world and, particularly in the United States, regarding parish reform which prompted this instruction?  According to The Center for Applied Research in the Apostolate's (CARA) “Frequently Requested Church Statistics,” in 1975, there were 18,515 parishes in the country.  In 1990, the high point of parish increases in the United States, the number of parishes was 19,680.  By 2019, the number of parishes was 16, 914.  There are 2,766 fewer parishes today than 30 years ago and the remaining parishes look different than the typical one pastor/one parish model.

The territories of those 2,766 parishes were merged into already existing parishes or new parishes.  This number tells us that approximately 14% of all parishes have merged since 1990.

CARA also tracks the number of pastors in the United States which reveals the extent to which parishes are sharing pastors.   Between 1975 and 1990, 22% of all the parishes were sharing pastors.  By 2019, that percentage has doubled to 44%.  Another 2% of the parishes are served by someone other than a resident pastor.  Most pastors who are shared are pastoring two parishes.  There are pastors who are pastoring more than one additional parish.  The most parishes of which I am aware that one pastor serves is eleven parishes in rural Maine.

If the percentages of mergers, shared pastors and parishes served by a deacon, religious or layperson are totaled, 60% of the parishes since 1990 have been merged, clustered or are led by someone other than a priest.  More parishes have experienced reform from the traditional model of parish than have not.

It should be pointed out that these models are not uniform in their operation.  There are varying degrees of collaboration, particularly in the cluster models, and the parishes differ greatly in size, the number of churches used for Sunday Mass, as well as the organization of ministries.

Parish reform is taking place all over the country and around the world.  The goal is to help parishes become more effective in their evangelization efforts and not be bogged down by financial issues or a lack of missionary zeal.  There are so many success stories from the parishes that have reformed that parishes contemplating reform today can view already-existing models and talk with people who have experienced the same transitions which they may be facing.

There is much more to be said about parish reform and evangelization but that will wait for future blogs.  In the meantime, as Pope Francis stated in Evangelii Gaudium, "be bold and creative in this task of rethinking goals, structures, style and methods of evangelization.”